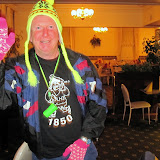 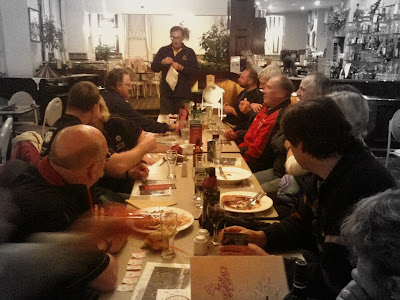 Hopefully this was the last cold and wet lunar hash for the year, may the moon shine bright on a steamy warm earth (and bums) next time!

We all assembled at the designated spot and feared for Flasher's epic run in the rain. As we set off down the street the Launy bus arrived, nice and clean having driven through extreme downpours. White faces piled out and joined us... for a 100 meter walk to the Lucas Hotel where we stuffed ourselves prior to stumbling back with loot and a seasoned Dini.

The monumental release of the official Lunar Hash Song, composed by Dint, was sung to the tune of God Save the Queen:


Long Live our Lunar Hash
To the Pub we will dash
And back
again.

After a drink or two
We all know what to do

More drinks
and food and thehn
Moon at the Moon


And so it came that we mooned the moon and downed some downs.

Next NW Lunar Hash run is set by Launceston's LH4 at the Lune-gana Tavern on Thursday September 23rd. at 7pm. 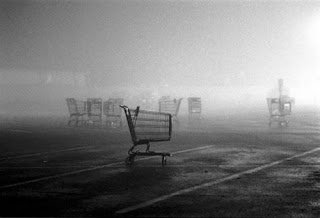